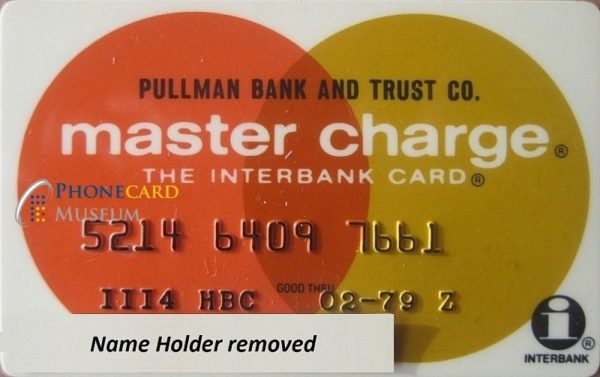 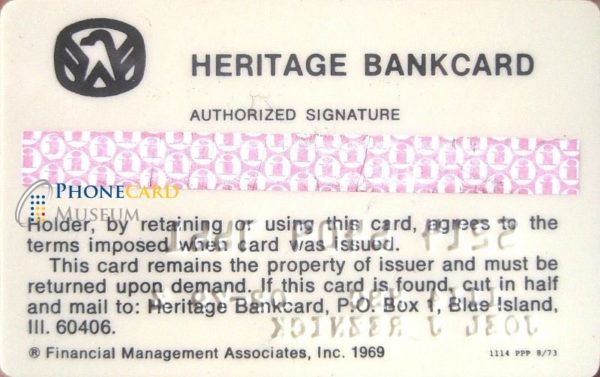 This card from 1979 also has the IBC code of Illinois Bank Charge removed, and in 1974 Pullman was renamed Heritage Pullman Bank and Trust company. The IBC code was removed by the mid 1970’s. HBC (Heritage Bank Card) is named from 1969 by Financial Management Associates Inc.

Illinois Bank Charge (issued by Pullman Bank and Trust company)  issued cards with the Michigan Bankard design in 1966 with the same distinctive blue and red flag design. They became part of the Midwest Bank Card issuing group in 1967, adding the original flag design as a logo on the front of the Midwest design. It became part of the Interbank group, issuing Master Charge cards from the early 1970;s under Pullman Bank and Trust company.