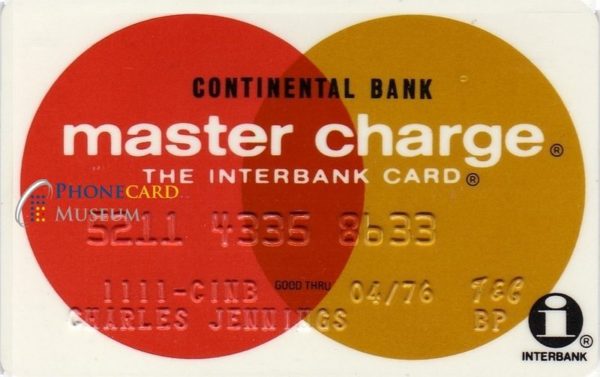 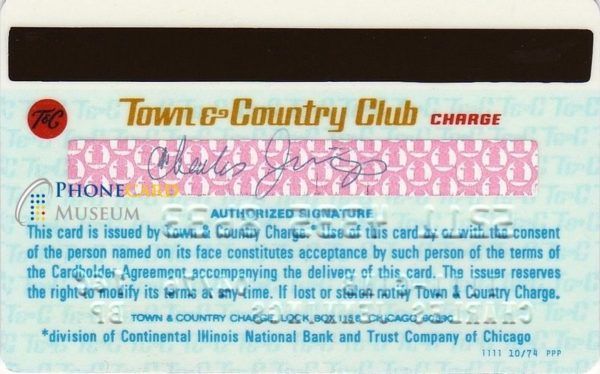 Illinois Bank Charge (issued by Continental Illinois National Bank and Trust company) first issued cards with the Michigan Bankard design in 1966 with the same distinctive blue and red flag design. They became part of the Midwest Bank Card issuing group in 1967, adding the original flag design as a logo on the front of the Midwest design. Cards continued to be issued under the new card group TOWN and COUNTRY CHARGE, ” a division of Continental Illinois National Bank and Trust company of Chicago”.It became part of the Interbank group in 1969, issuing Master Charge cards from the early 1970’s
Magnetic stripe coding was added from around 1975.
Magnetic Stripes  also see history on Wikipedia

The Continental Illinois National Bank and Trust Company was at one time the seventh-largest commercial bank in the United States. In 1984, Continental Illinois became one of the largest ever bank failures in U.S. history.
For a general history of Credit cards in USA please see the article
The Credit Card