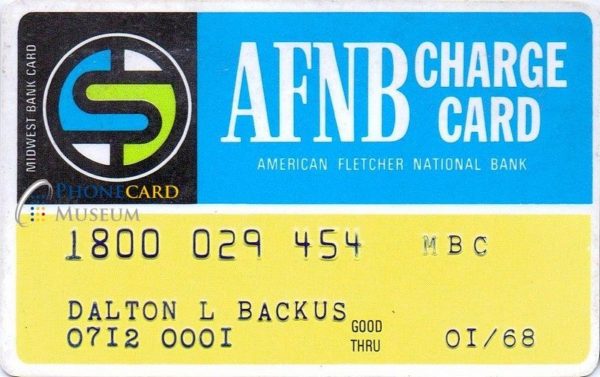 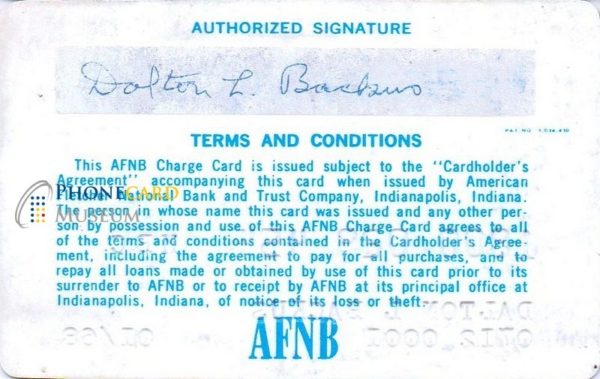 American Fletcher National Bank issued plastic cards in 1966 with a yellow lower panel and AFNB in blue. They became part of the Midwest Bank Card issuing group in 1967, keeping the yellow and blue color design. Cards continued to be issued under the “AFNB charge card” group.
Anyone who can contribute cards or information to the AFNB card series please Contact Us