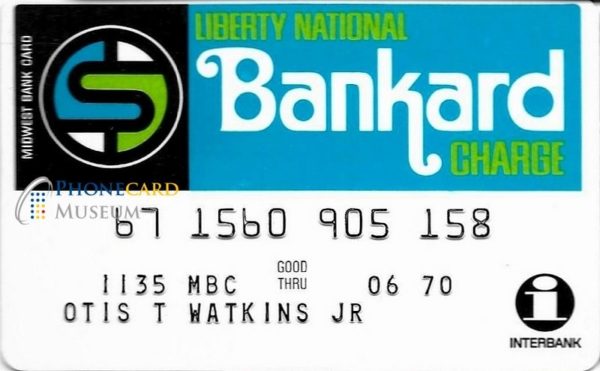 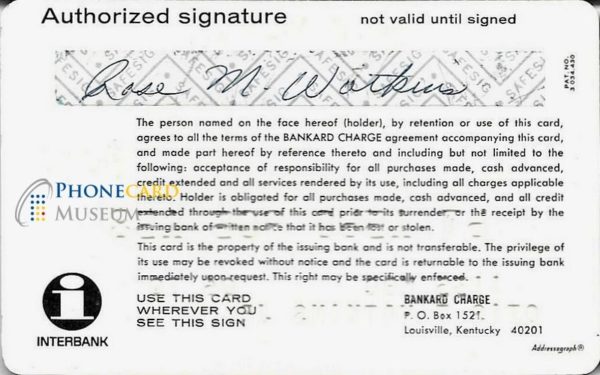 A number of Banks in the Midwestern US (Illinois, Indiana and Michigan area) issued credit cards with the Midwest Bank Card design from 1966, and most of these with the standard Town and Country Charge design. As such they were part of the card issuing card group TOWN and COUNTRY CHARGE, ” a division of Continental Illinois National Bank and Trust company of Chicago”. Most of these banks became part of the Interbank group from around 1968-69, and some continued issuing Master Charge cards from the early 1970’s.
A few other early charge card programs also issued cards under the Midwest Bank Card. Charge-It, AFNB charge, Liberty Bankard Charge (Kentucky), and First Card (Chicago) are some of the known programs.
Please Contact Us if you have additional cards not shown here.
Most of the Midwest Bank Card group issued cards with 10 digit account numbers, but some had up to 12 digits.