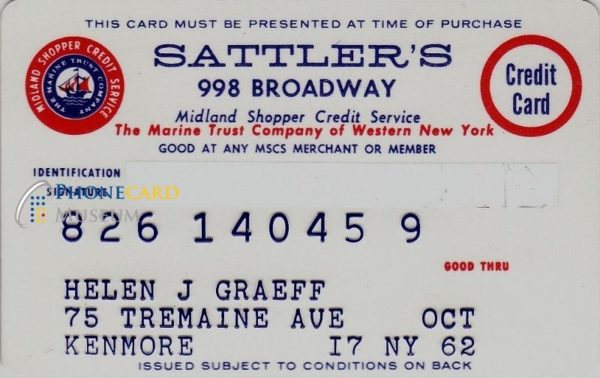 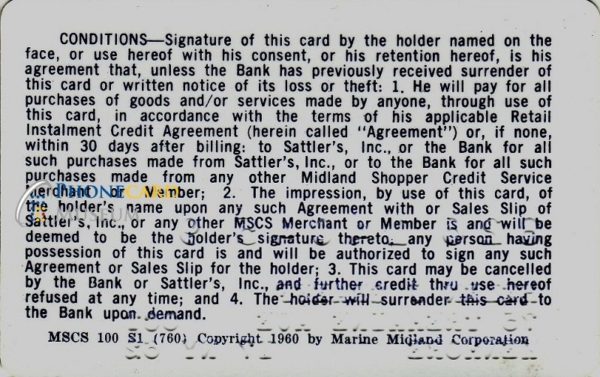 This is an example of most likely one of the earliest co-branded bank credit cards. Possibly issued directly to Sattler’s customers. Any extra information about the conditions of issuance of this card, please contact us.

Marine Midland continued to issue owner brand credit cards, adding the INTERBANK logo for the Master Charge group from around 1967, and changed to Master Charge design in 1970-71. Magnetic stripe coding was added from 1975.