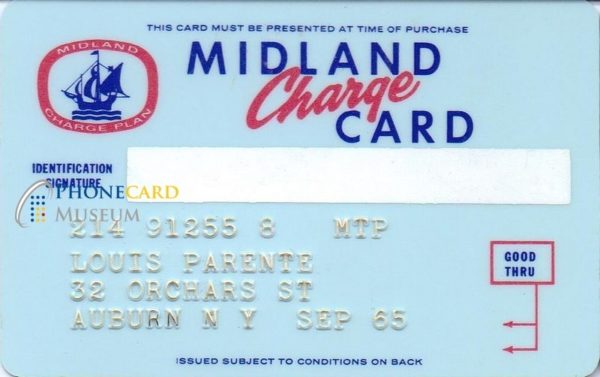 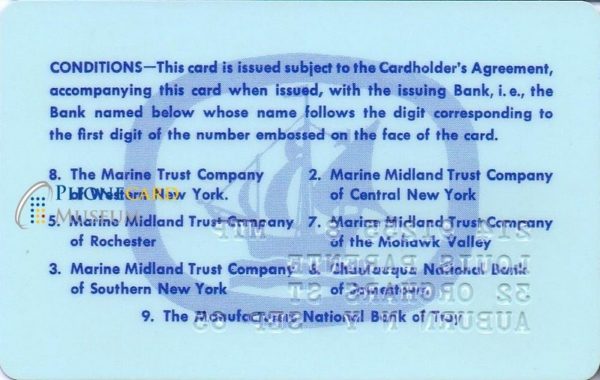 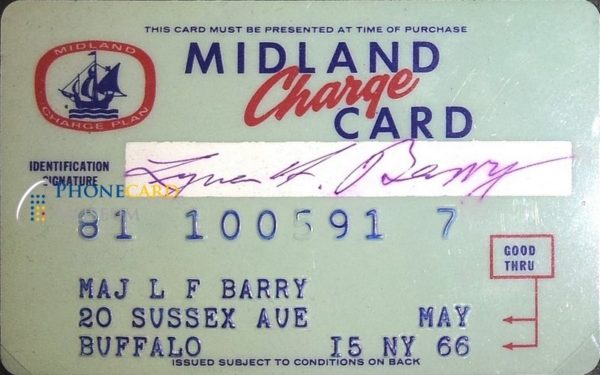 Marine Midland continued to issue owner brand credit cards, adding the INTERBANK logo for the Master Charge group from around 1967, and changed to Master Charge design in 1970-71. Magnetic stripe coding was added from 1975.