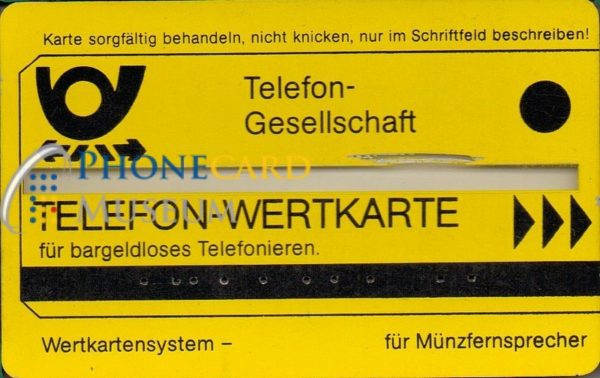 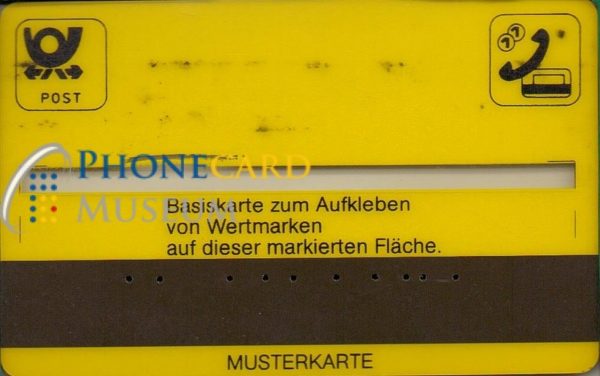 Germany Bamberg SEL
Yellow Musterkarte PVC
Deutsche Bundespost trial 1
“Telefon Gesellschaft” uneven holes
Clear strip in centre
This prototype does not have the COPYTEX logo, only the Deutsche Bundespost logo.
Full ISO123 magstripe (could also hold ID information or access info)
Clear strip along the middle was a security measure and served in part to validate the card

Be the first to review “GER-1288-SEL-BAM” Cancel reply