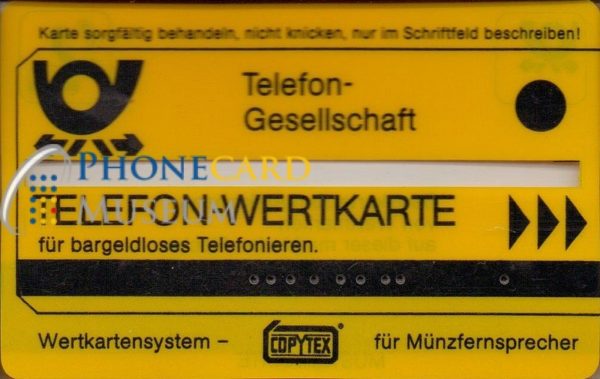 The second type does have the COPYTEX logo, as well as the Deutsche Bundespost logo.
Full ISO123 magstripe (could also hold ID information or access info)
Clear strip along the middle was a security measure and served in part to validate the card

Be the first to review “GER-1293-SEL-BAM” Cancel reply