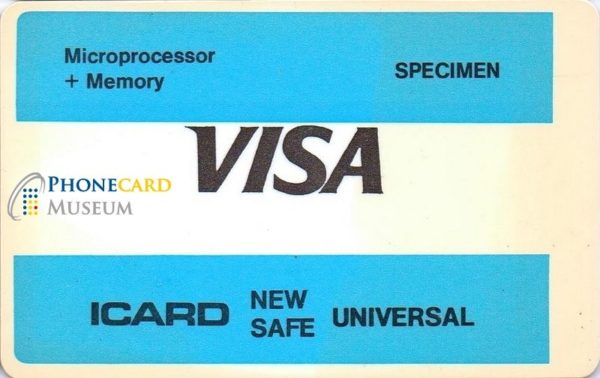 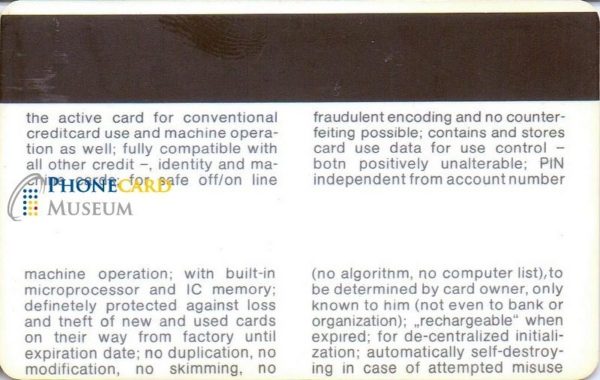 This card was obtained as part of a group of cards from the deceased estate of Jürgen Dethloff, and included a number of cards personalized, and gifted to him from various chipcard manufacturers, as well as a couple banking cards. These provide provenance to this card.

Here we show the IPSO card with Jürgens name. How he was involved with this EFTPOS trial card from LYON in France, we are very interested to know. 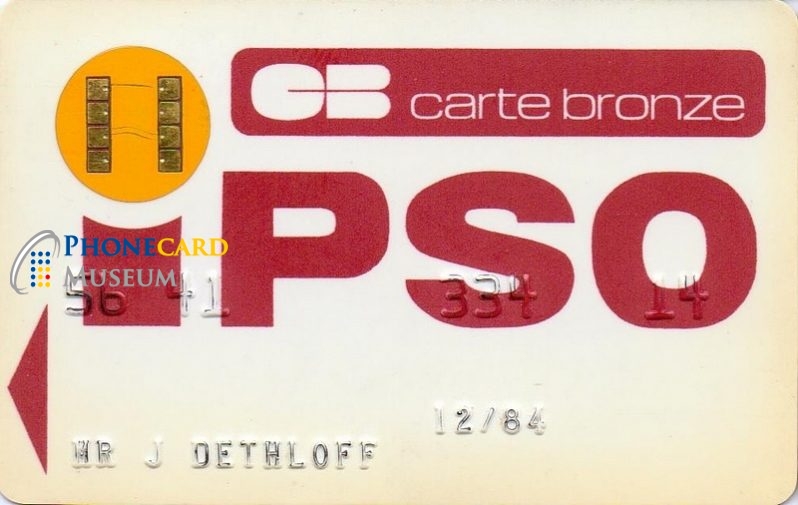 The first Chipcard patents in the world were filed by inventors Jürgen Dethloff, and Helmut Gröttrup in 1969-1972. In this early period they were described as IC (integrated circuit) cards. The Dethloff registered product name was ICARD, and identifies any early cards tied to his activity. Helmut died in 1981, and Jurgen continued to be active in the Chipcard development into the mid 1990’s, often lecturing at chipcard seminars.

Be the first to review “GER-CHP-0051-DET” Cancel reply