Magnetic coding has been used since the 1940's, and was developed during the second world war for recording voice. During the 1950's plastic tape coated with iron oxide began to be used as a way of recording and storing digital data for computers.
One of the earliest known usage of magnetic coding on a card, is the ATM cards of CHUBB, which began field trials in 1967. Here we can see the holes punched with hexadecimal data, and the grey color reverse is coated with a "Magslurry" paint or ink that is similar to the coated plastic tape used currently at the time on computers. 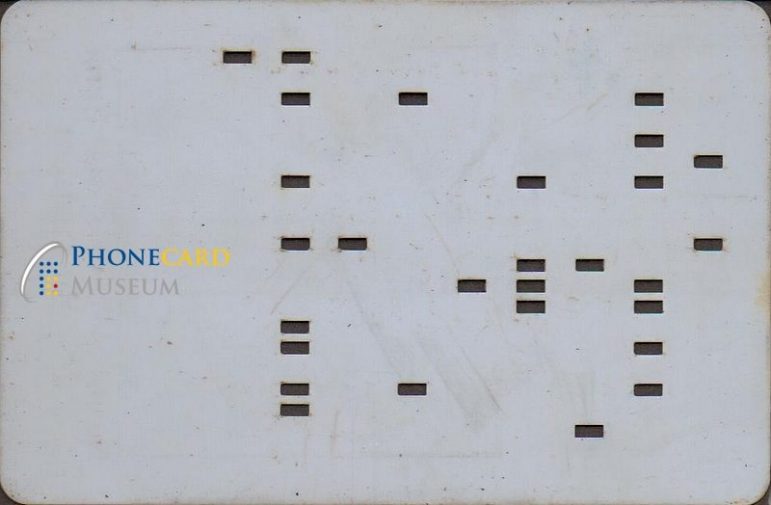 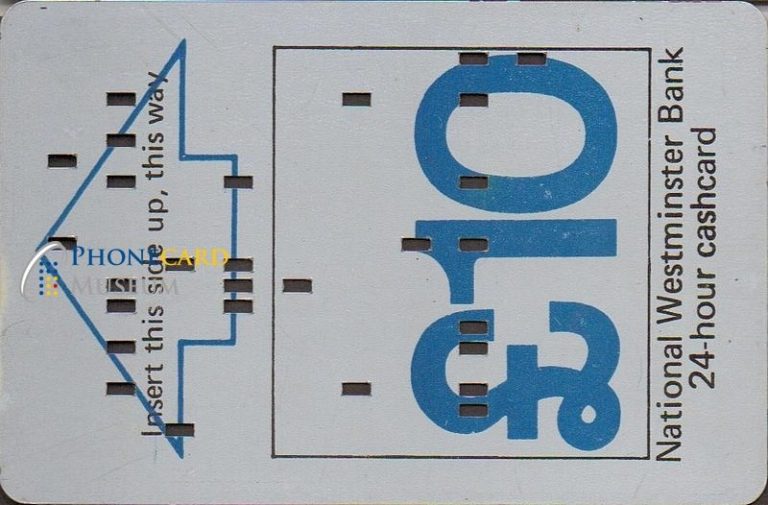 In 1969 Forrest Parry, an IBM engineer, came up with the idea of securing a piece of the currently used magnetic tape, to a plastic card. With great frustraion every adhesive he tried failed to achieve the desired result. Every time the tape became warped or it's magnetic properties were unusable. At the end of one day of failure he went home with some magnetic tape and plastic cards. Upon arriving home, his wife Dorothea was ironing clothing. After telling her about his bad day of inability in getting tape to adhere to the plastic with workable results, she suggested that he use the iron to melt the stripe on. He tried it and it worked. The heat of the iron was just high enough to bond the tape to the card. Here is a picture of one of the original examples of those hand made bonding trials 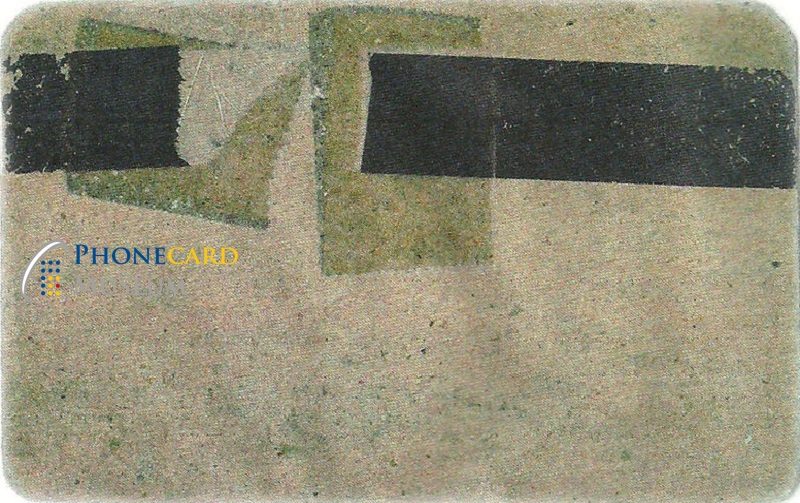 IBM decided not to patent the magstripe card, as it correctly concluded that income from the hardware used incorporating this technology would far eclipse any earnings from magstripe cards, and the limited protection a patent would provide. IBM were heavily involved in ATM and Banking industry development, and the earnings alone from this sector might be difficult to calculate.

The first magstripes were shorter in length than the actual card, and a lot thinner than the ISO123 standard used on credit and banking cards up to today. Here is one of the earliest examples of a sample credit card. Note the thin magnetic strip, as similar to the early credit cards from the early 1970's. Also we show here the ISO123 world standard of magnetic stripe and embossing, on a standard credit card size. 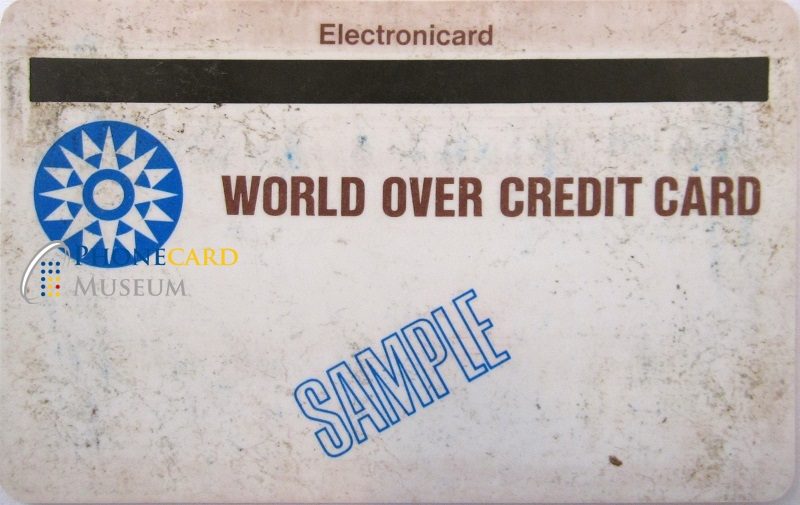 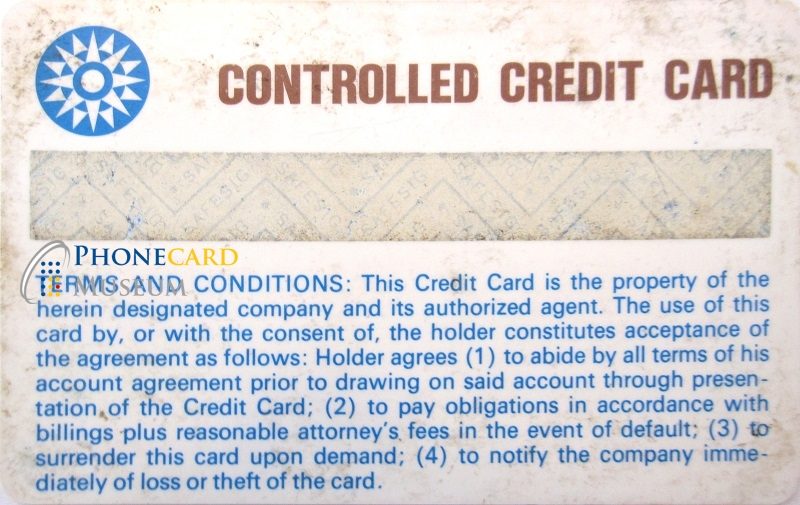 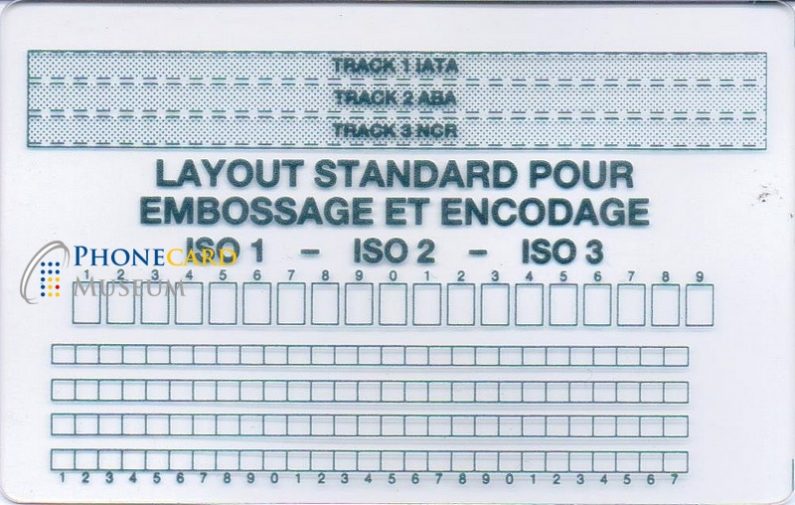 also a photo of this very first early magnetic credit card being demonstrated at the shoe store. 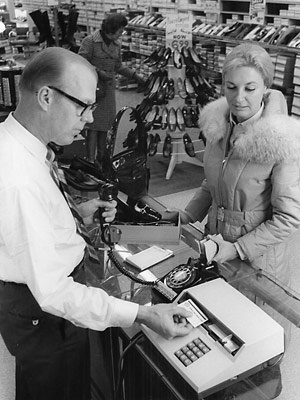 There are some problems with assuming the 1969 year of first magstripe. Here is an example of a South African check guarantee card with magstripe reverse. Expiry 1966? We can only assume the date is incorrect? We have similar cards for ATM from the early 1970's, so maybe this fits into that era. 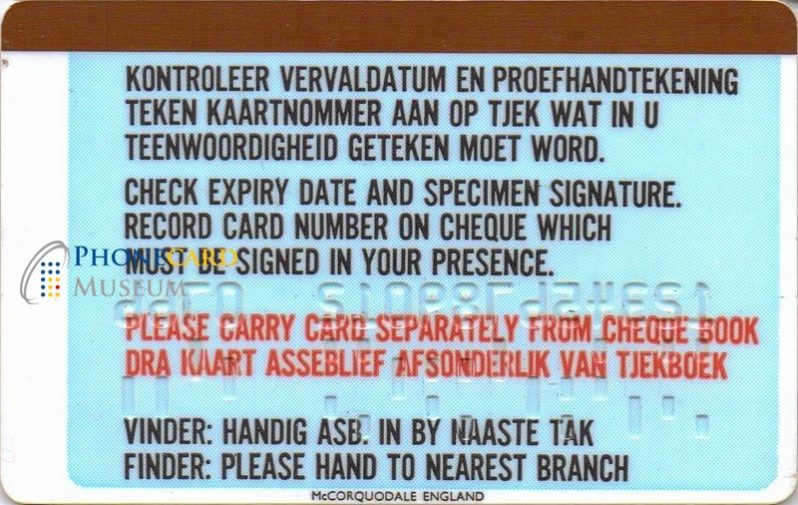 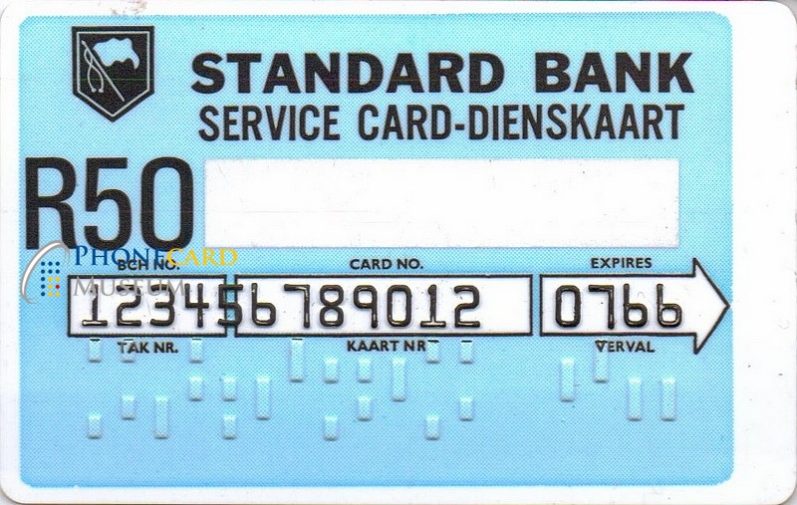 Many different payment, and authorization systems have used the magstripe technology on cards over the decades, and only in the last 20 years have these systems gradually changed over to chipcard technology. Parking cards, Identification cards, Entry cards, Tollway cards, Phonecards, and now in the last decade, the Credit card will now gradually eliminate the magstripe technology. The proliferation of GIFT and Loyaly cards are now the main proponent of the magstripe cards.
Looking at the early magstripes, we notice the band was narrow in the beginning, and only carried one line of barcode. The magnetic width of the code was similar to the coding on visual barcodes introduced later in the 90's, and read by coherent light. These first magstripes were shorter than the actual card. Later, it was discovered that running the stripe the full length of the card, made manufacturing simpler, and more cost effective. We have described the narrow band as Stripe 1a, and when running the full length Stripe 1b. The wider bands carried 2 or 3 lines of code, and are the standard configuration known as ISO123. We describe these wider bands as Stripe 2a, and the full length stripe as Stripe 2b.
examples here: 1a, and 1b 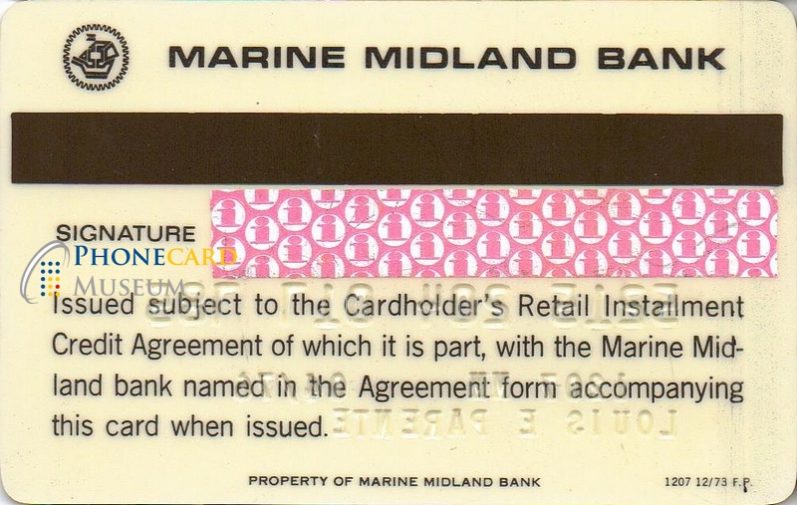 examples here 2a and 2b: 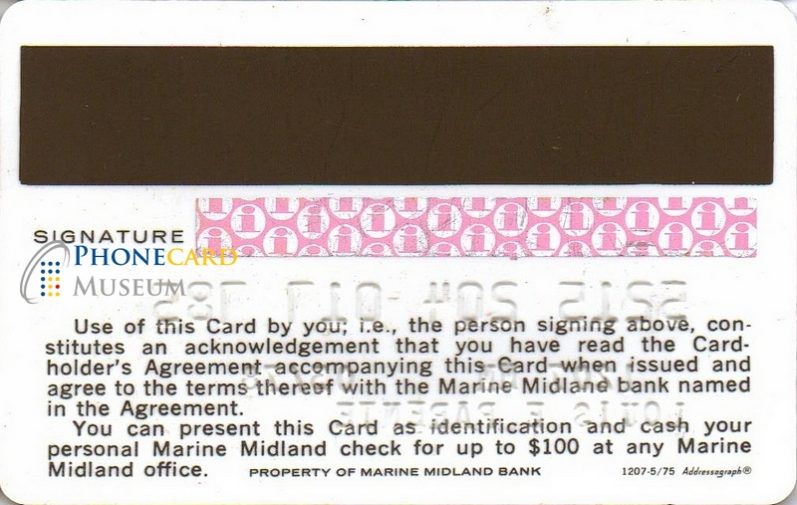 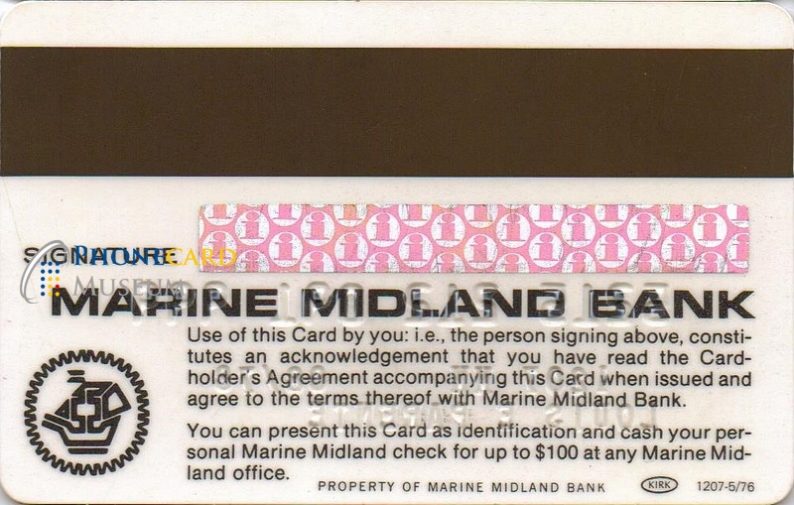 a strange variety, I think we can call 2c: 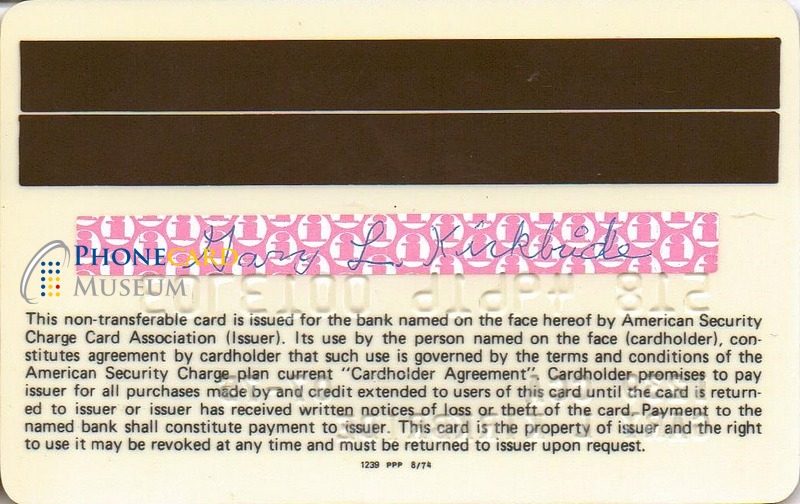 Card manufacturers in the 70's did well to quickly adopt the techniques of adding magstripe to plastic cards, and we hope to do an article on card manufacturing and embossing soon. her is one sample from a manufacturer. 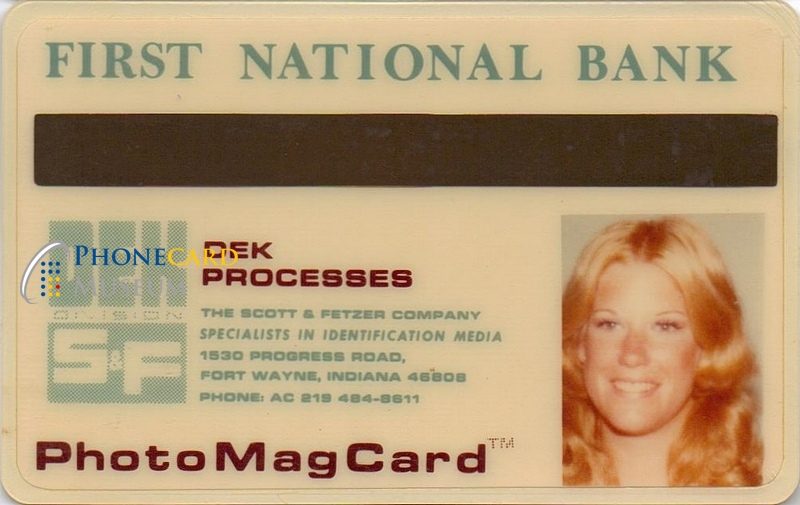 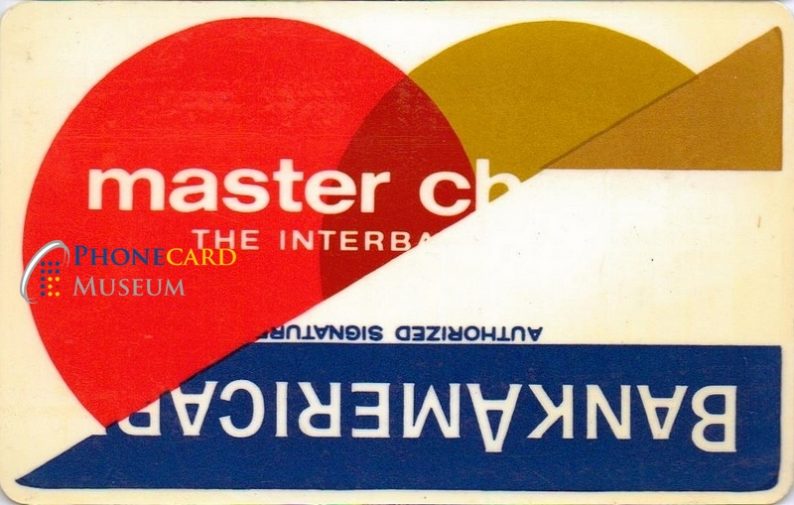 There are as many different configurations, positions, and band width of magstripes, as there are varying technologies that use them. Here we show a few of the unusual examples. 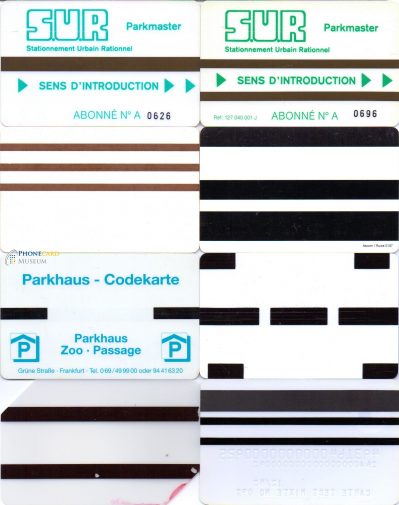 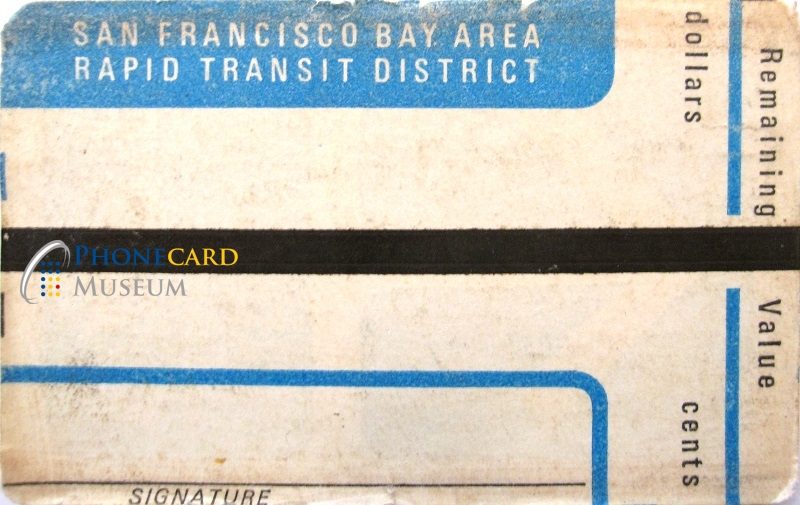