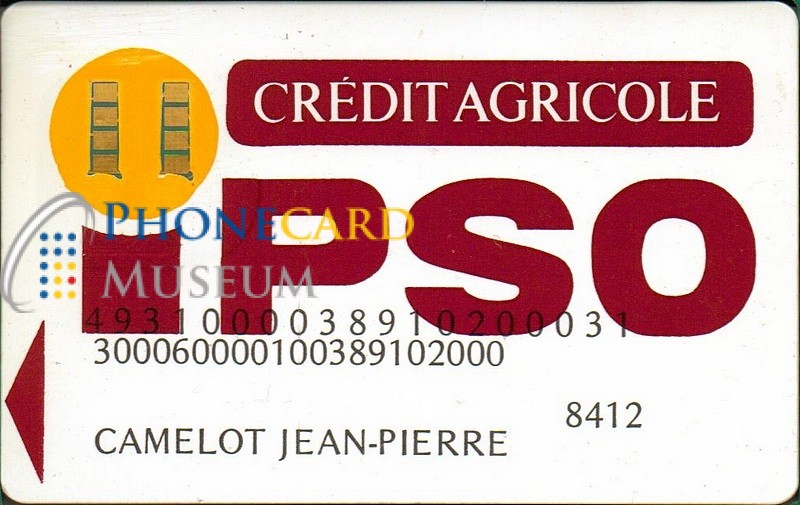 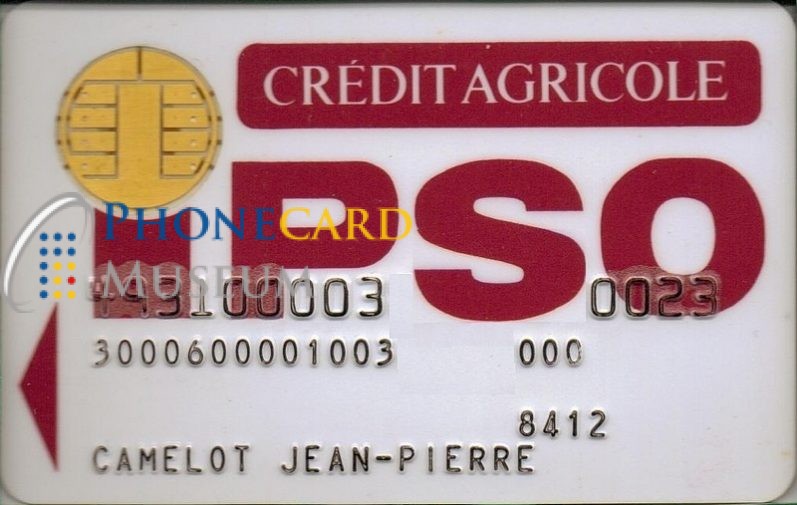 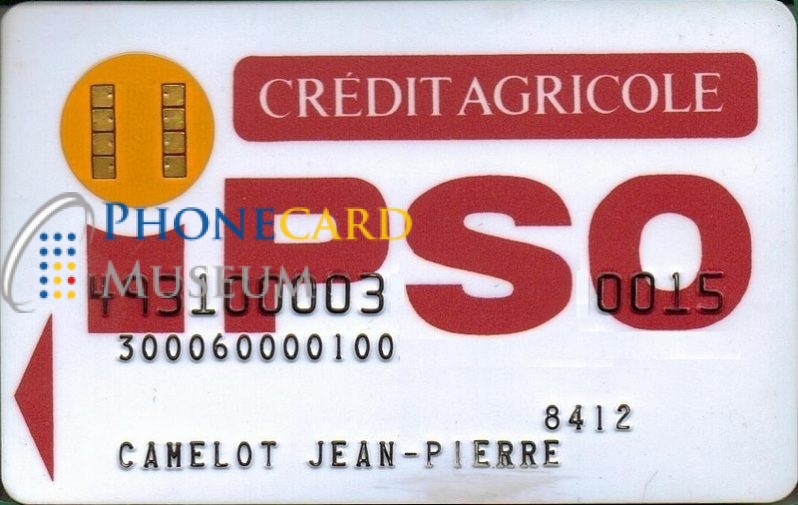 Towards the end of the 1970's the French ministry have promoted the development of the Chipcard, based on the patents of Roland Moreno (1975) The intention was to develop a streamlined national banking and payment (EFTPOS) system, incorporating the National payphone system.
Some ONLINE magnetic card systems were to be tested as well, but the OFFLINE system was called IPSO and was tested in 3 cities of France.
To that end, 3 companies were given approval to develop the cards based on the INNOVATRON patents of Roland Moreno.
Some German companies were also developing Chipcards, but based on the patents of Jurgen Dethloff, and Helmut Grottrup (1969-1972)
In France though, the technologies were backed by the association of Banks in France in association with the France Telecom PTT, under the banner "GIE" using the developmental program name "Carte a Memoire"
Philips were assigned the City of Caen.(Philips were using a BI-Chip module developed in Germany by Valvo-Philips) 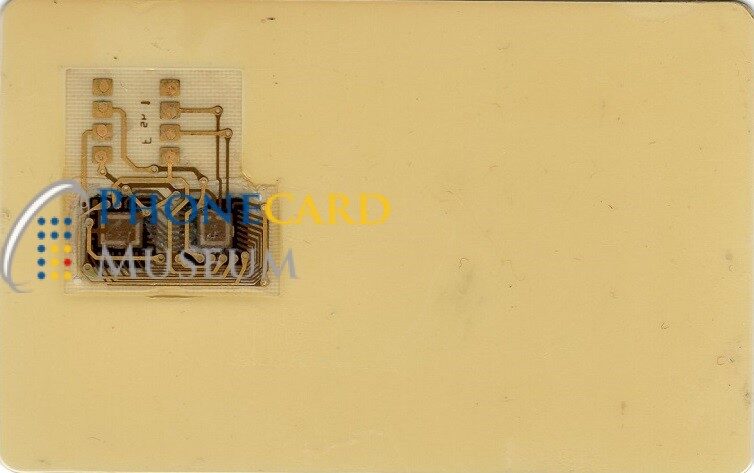 Valvo-Philips article
Honeywell Bull (Cii-HB) were given the arena of the city Blois.
Flonic-Schlumberger (using Gieseke & Devrient,  Innovatron system manufactured Chipcards) were assigned to the city of Lyon. 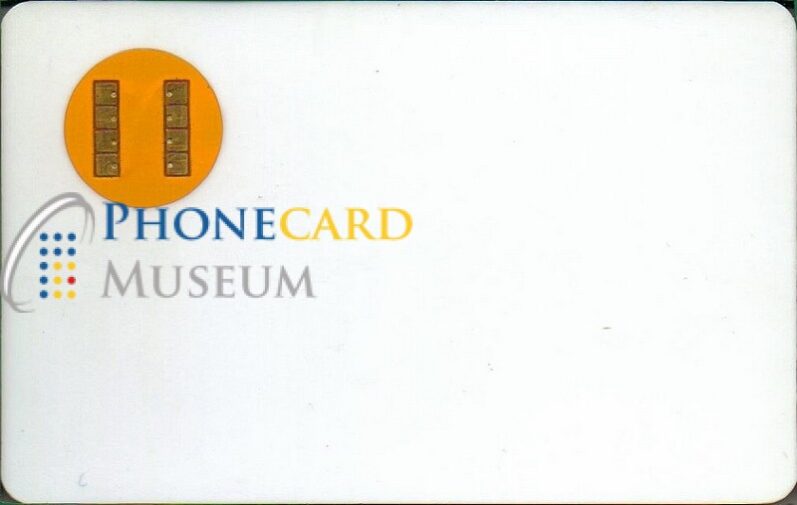 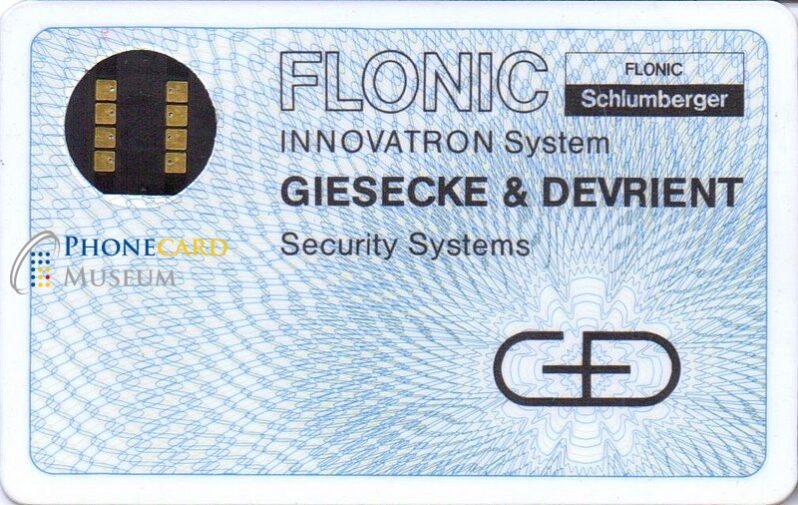 The set of 3 cards shown at the top of this article, are unusual, because all 3 cities are represented with 1 matching name and account. Normally you can only ever see 1 chip type per customer, as they are a resident of only 1 city. This is a DIRECTOR set, from Monsieur Jean-Pierre Camelot from the CREDIT AGRICOLE Bank, appointed as a director of the IPSO trial.

Philips were the first to start actual testing in Caen in 1981.

2 IPSO cards (Bank name branded as per issuing bank) were delivered to Bank customers in the Resident's city of testing only. 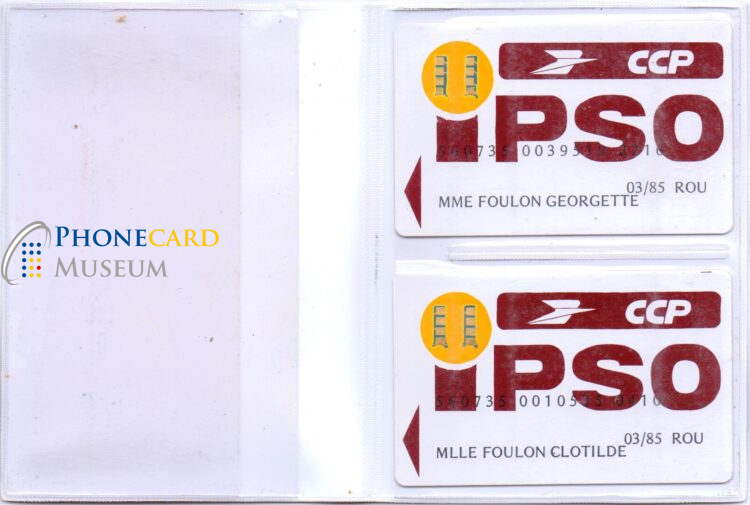 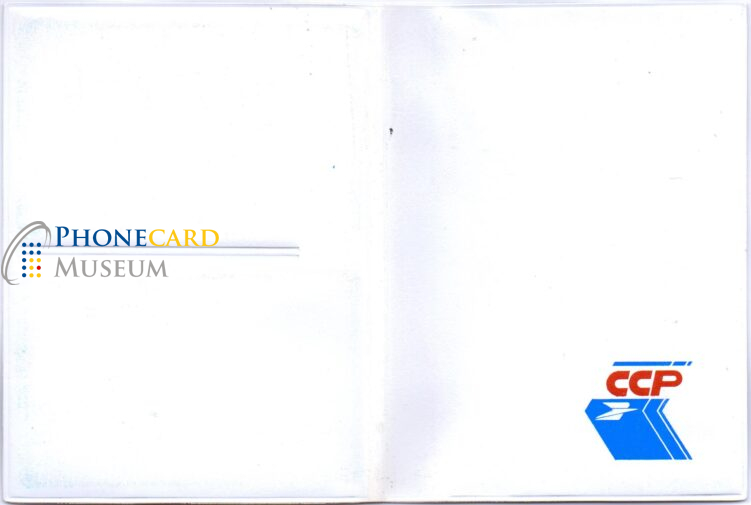 Merchant cards issued to participating shops. Test cards were produced, as well as demonstration cards. Here we can show cards issued to a Philips engineer for the IPSO trial. 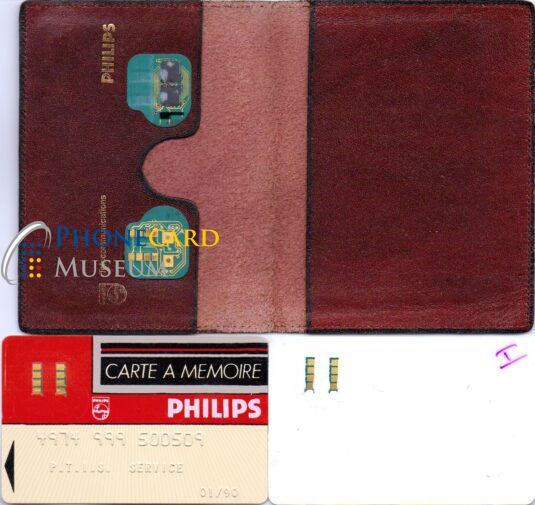 Phonecards (IPSO designed specifically for telephone calls in the Smart card adapted public telephones) are also known, but quite rare. Many cards had magnetic stripes on the reverse as well, since the technology needed to accommodate the old magstripe technology during any changeover period.

Customers signed a contract very similar to a mobile phone contract, and were issued a separate advice in the post with secret 4 digit PIN number. They also received a hand pamphlet with instructions.
With thanks to our Benefactor Jean Pierre Camelot, we here can show all this mentioned paraphernalia, preserved by his forethought. Thanks Jean-Pierre 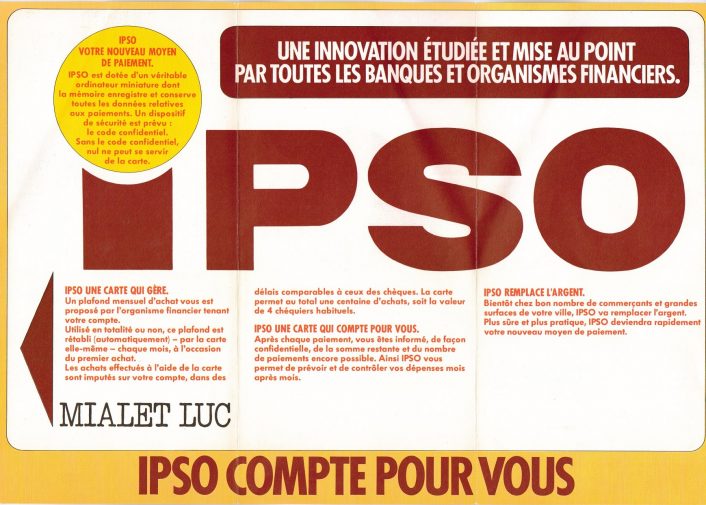 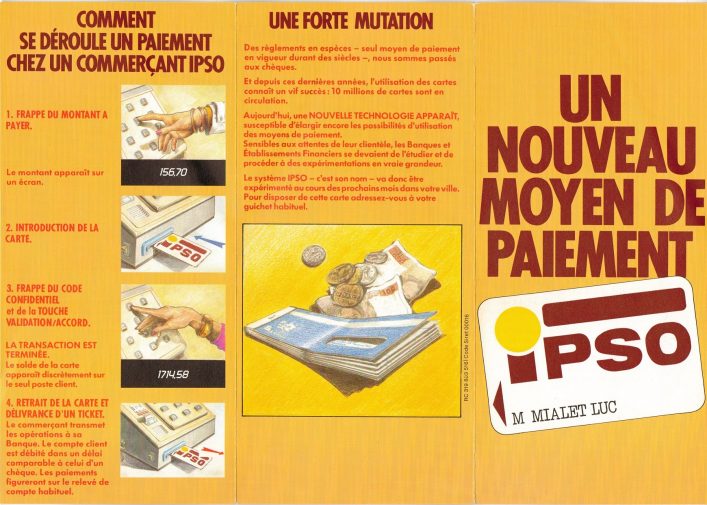 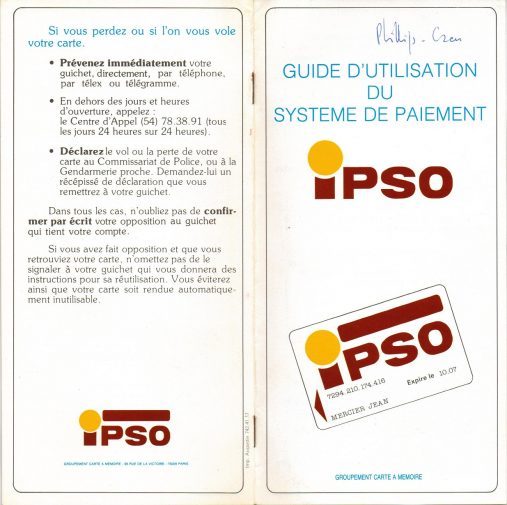 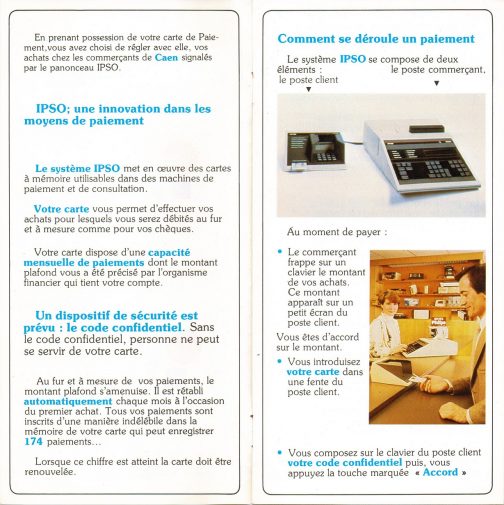 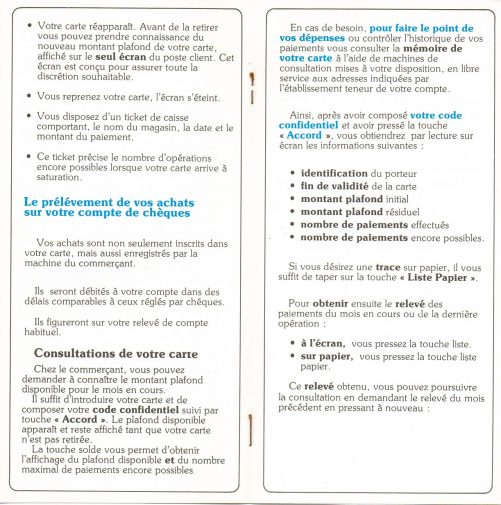 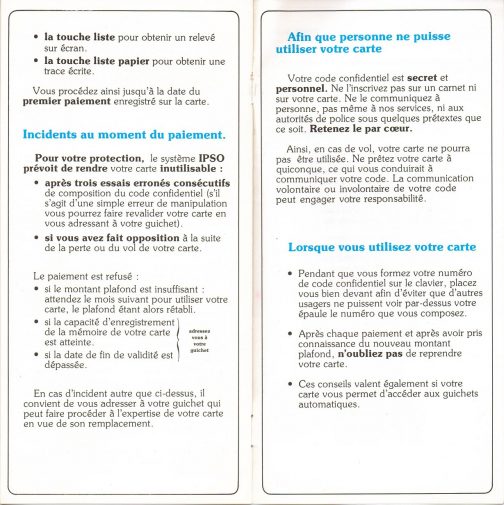 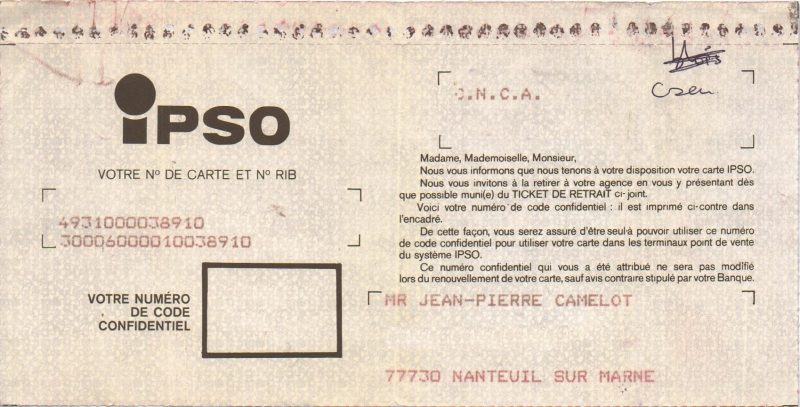 Here with the pamphlet for Blois, we also show the signed contract, as well as the SECRET PIN slip, which was posted separately to the customer after the contract was signed. 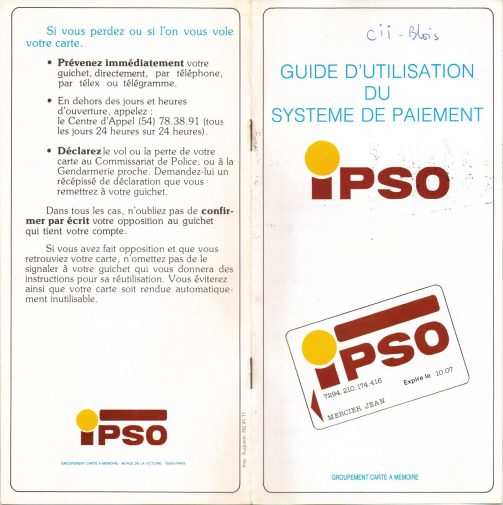 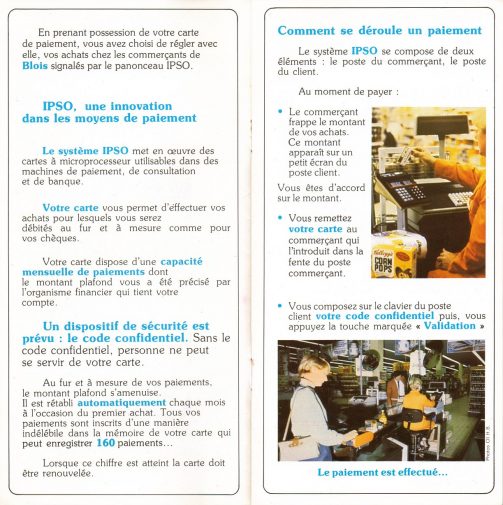 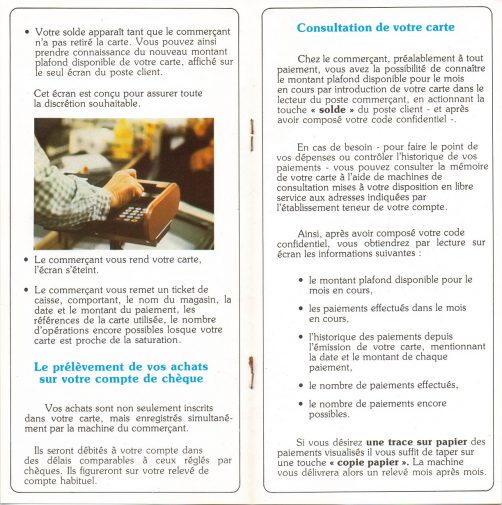 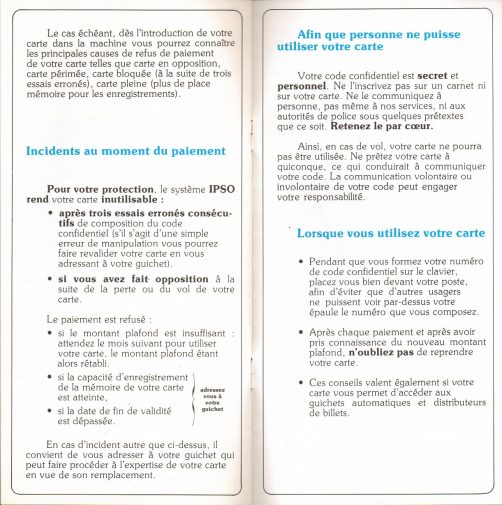 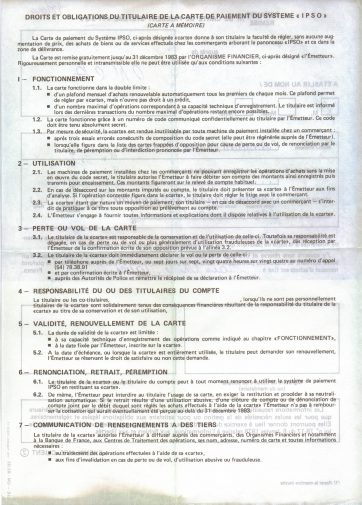 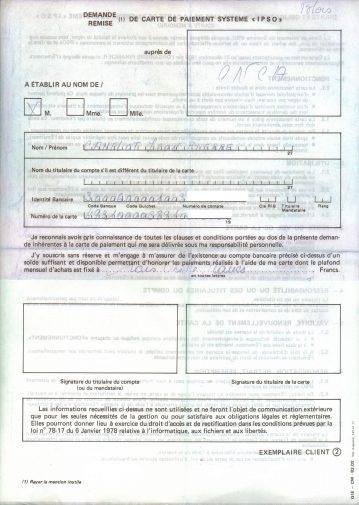 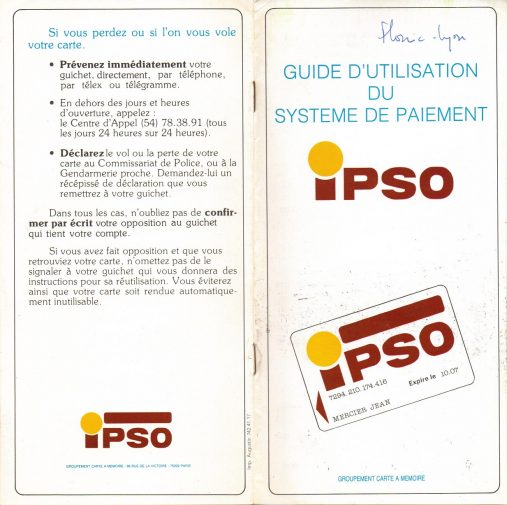 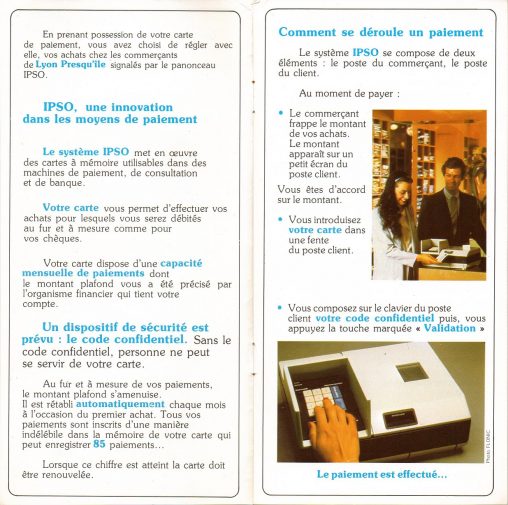 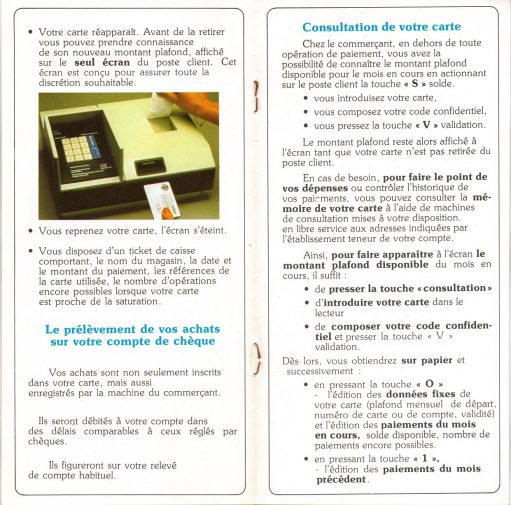 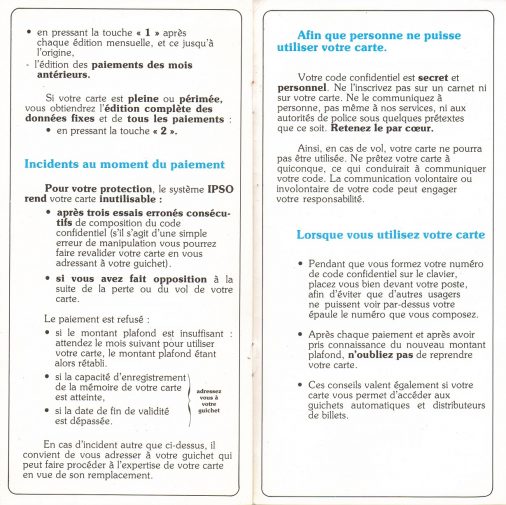