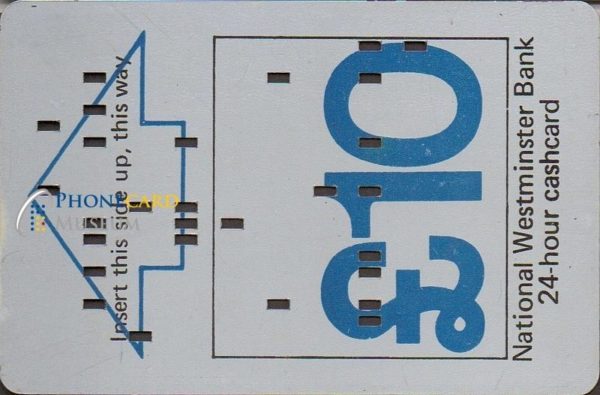 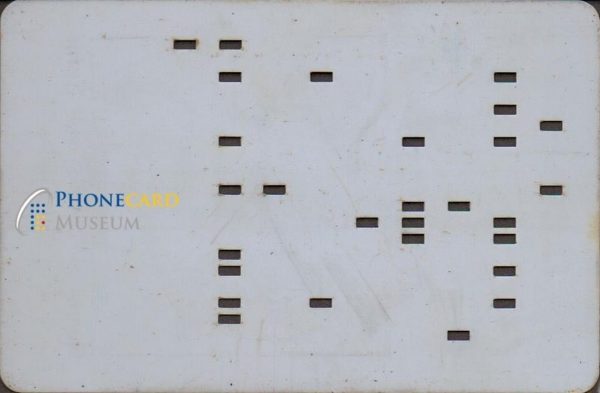 ATM cards began in 1967
See article:
ATM-Cards
The first actual ATM cash dispenser was inaugurated in june 1967. but instead of a card, a check or voucher was inserted into the machine.
A Chubb made machine (the MD1) was the first to use an actual card. Westminster Bank issued cards to account holders in London, who could use a single card to withdraw 10 pounds. The card was hexadecimally punched with account information, and magnetically coded on the reverse for verification. The customer also used a 6 digit verification PIN before cash was dispensed. The card was retained for manual debiting the next banking day by staff of the bank.
CHUBB ATM
ATM dispensers from Chubb, soon were being used in many countries. Chubb installed machines (under company Ducerf) for Societe Marseillaise De Credit, which dispensed fixed amount of 200FF. This is around 1968-1969 using the MD1 device.
Chubb was also active in Brasil and a number of other countries for some years with the MD machines, up to the MD3 using this system.
As Banks embraced the Magstripe credit cards though, this system soon dissappeared, especially with EFTPOS development from the early 1970’s