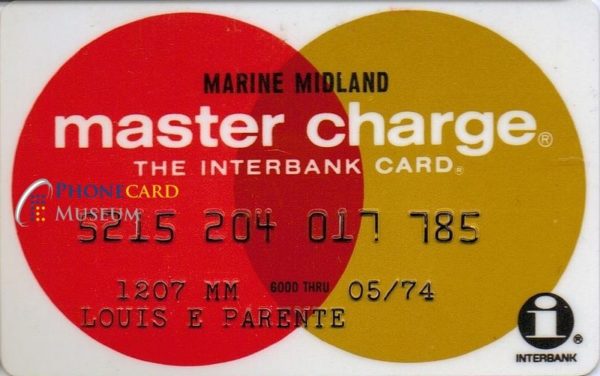 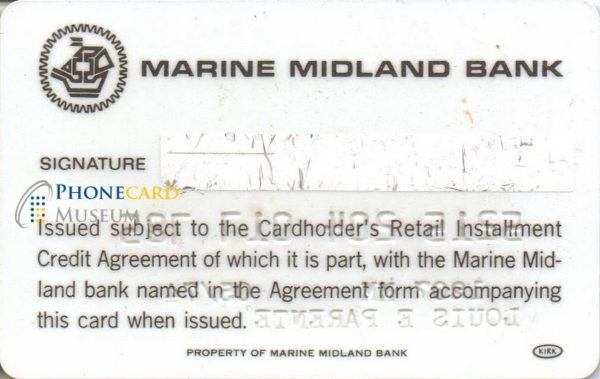 Marine Midland continued to issue owner brand credit cards, adding the INTERBANK logo for the Master Charge group from around 1967, in association with the First National Bank of New York, and changed to Master Charge design in 1970-71. Magnetic stripe coding was added from 1975.
Magnetic Stripes  also see history on Wikipedia