The sticker is known on only 1 other card, the yellow PVC Muster card, and reads
“WERTMARKE DM”, AND ALSO “Volumen in DM” to show the cards were to be denominated in Deutsche Marks. 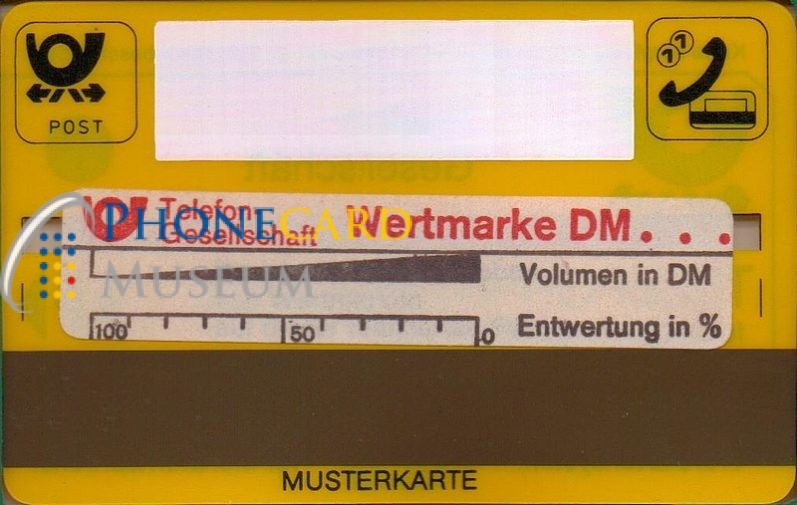 Be the first to review “GER-1280-SEL-BAM” Cancel reply