The INPU trials were internal trials conducted by Telecom Australia to assess chip technology for phonecards and other smart card applications.This Gemplus version of the INPU trial, with a reloadable type chip is one of 2 types known, and this one says “INPU TRIAL” on the front, whereas the other says only “TRIAL”.
Dates from around 1992 with reloadable for smart card phonecards. 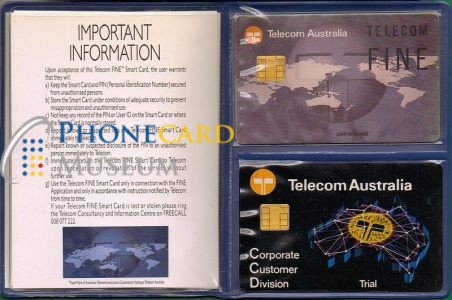 Be the first to review “AUS-1048-CHP-TST” Cancel reply